Here are some cool facts and questions about video games from the 90s that might test your gamer status!

END_OF_DOCUMENT_TOKEN_TO_BE_REPLACED

PC manufacturers love the gaming market, which is growing strongly and worth more than 30 billion a year. Many game lovers build their own PC’s to their own liking, but there is always a ready built option out there. We will be looking at affordable PC’s vs more expensive PC’s.

END_OF_DOCUMENT_TOKEN_TO_BE_REPLACED

Depending on what settings you play at on PC such as 1080p, you can save a lot of money on upgrades if you plan on keeping your 1080p monitor. If you upgrade your computer with high end specs that will allow you to play at 1440p(2k) or 2160p(4k) you will be what is known as bottlenecking your system because your limiting your resolution to 1080p while it could to four times the resolution.

END_OF_DOCUMENT_TOKEN_TO_BE_REPLACED 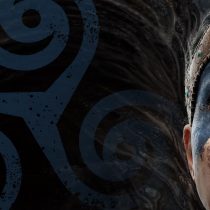 Hellblade: Senua’s Sacrifice is a dark, fantasy, single-player, adventure game based on a character, known as Senua, who is a Celtic warrior that also suffers from a mental disability known as psychosis. The game was developed by a game development studio called Ninja Theory, which consists of approximately twenty developers. It was released on August 8th 2017 and has won awards such as, Best Audio Design, Games for Impact and more.

The game itself looks beautiful visually, also as you walk through forests, beaches and various ruins of tribal/Celtic like villages and castles with large mountains in the background, as well as using a mix of real life characters for cut scenes and animated ones which gives a perfect blend and never really looks out of place. I really like the combination of story-telling and gameplay. It gives the player a big moment of suspense and then a long cutscene as a bit of breather. When you launch the game, a message pops up and suggest you to play with headphones for the full experience. I think the audio is a big part of the game and would really recommend to play with headphones as it really helps immerse you into the game world.

END_OF_DOCUMENT_TOKEN_TO_BE_REPLACED

The following will be a quick, in-depth review of Fifa 19. If you are here because you love football and want to play with your favourite players and enjoy a realistic experience and most importantly have fun, you should click away. Fifa 19 is the most unrealistic football game I have played in 9 years of playing them, Here is why..

END_OF_DOCUMENT_TOKEN_TO_BE_REPLACED 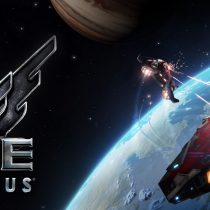 Elite dangerous is a online space game based in 3305 around a 1:1 scale of the milky way galaxy with 400+ billion star systems.The game starts with creating an avatar which stays within your ship, almost everything you do from here on in is done within your spaceship. You start with a default ship which is upgraded with new parts, weapons etc. which is purchased using credits. Credits are earned by doing different missions type.

END_OF_DOCUMENT_TOKEN_TO_BE_REPLACED 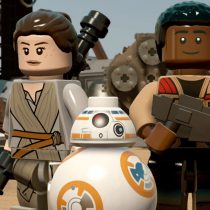 Lego games have always been quite fun and relaxing. When I was younger I would constantly binge playing the original Star Wars games, The Lord of the Rings games and also Harry Potter. They were easy games to throw on whenever you needed to chill out because they were enjoyable however did not require much concentration.

The most recent Lego Star Wars game, The Force Awakens, follows the storyline of the movie. It involves all the characters we know and love from the film, including Han Solo, Chewbacca and Rey.

END_OF_DOCUMENT_TOKEN_TO_BE_REPLACED

Not in a specific order, opinions are different for everyone.

END_OF_DOCUMENT_TOKEN_TO_BE_REPLACED

While on the surface, Smash Bros seems like just a simple party game that takes characters from all over Nintendo and puts them into a fighting arena, but there is a lot more care put into it by it’s creator Sakurai. You can see the time and effort put into it when you decide to look into the game, seeing more than it’s surface level content.

END_OF_DOCUMENT_TOKEN_TO_BE_REPLACED 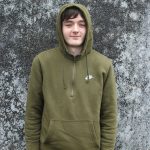 My name is Liam Burke and I’m 18 years old. My favourite thing to do is to play video games, that’s if i’m not doing anything else like cleaning the house which is not that often. My favourite game is Dark Souls 3 due to the intricacy of the story and the gameplay involved, plus how difficult the game is. I used to play a lot more sports like baseball and football but kept on gravitating back to my room playing games. If I’m enjoying a game so much I usually try and get 100% of the achievements and thats what I did for Dark Souls 3.